U.S. Poet Laurate and Pulitzer Prize-winner Tracy K. Smith ’94, is the recipient of the 2019 Harvard Arts Medal, which will be awarded by Harvard University President Lawrence Bacow at a public ceremony on May 2nd in Cambridge. The ceremony, which will include a discussion with Smith, is presented by the Office for the Arts at Harvard and the Harvard University Board of Overseers. The medal ceremony is the official opening event for ARTS FIRST, Harvard University’s annual community festival showcasing and celebrating student, faculty and staff creativity in the arts May 2-5, 2019. 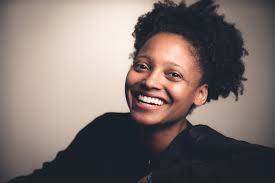 Smith is the author of four poetry collections, including Wade in the Water (2018), which was shortlisted for the 2018 T. S. Eliot Prize. Her debut collection, The Body’s Question (2003), won the Cave Canem Poetry Prizein 2002. Her second book, Duende (2007), won the 2006 James Laughlin Award and the 2008 Essence Literary Award. Her collection Life on Mars (2011) won the 2012 Pulitzer Prize for Poetry. She is the author of the memoir Ordinary Light (2015), a finalist for the 2015 National Book Award in Nonfiction, and editor for the anthology American Journal: Fifty Poems for Our Time (2018).

“With the Harvard Arts Medal, the brilliant Tracy K. Smith brings her unique voice to the tradition of poetry at Harvard which stretches more than three centuries—from Thoreau and Emerson, to Wallace Stevens, Gertrude Stein, Adrienne Rich, John Ashbery among so many others—carrying and transforming the brave medium which is poetry through this fraught present to an as yet unimaginable future,” said poet Jorie Graham, Boylston Professor of Oratory and Rhetoric at Harvard.

In 2017, Smith was appointed the 22nd Poet Laureate of the United States. Her other awards and honors include a Wallace Stegner Fellowship at Stanford University, a 2004 Rona Jaffe Writers Award, a grant from the Ludwig Vogelstein Foundation, a fellowship from the Breadloaf Writers’ Conference, a 2005 Whiting Award and a 2014 Academy of Poetry Fellowship. She lives in New Jersey and is director of Princeton University’s creative writing program. She is also the host of The Slowdown, a weekday podcast in which she delivers a way to see the world through poetry.

Admission to the medal ceremony is free but tickets are required, available in person at the Harvard Box Office at Smith Campus Center, 1350 Massachusetts Ave., Cambridge, by calling 617.496.2222 or visiting www.boxoffice.harvard.edu. (Phone and online ticket orders are subject to service fees.) Ticket distribution for Harvard affiliates (two per person, with valid ID) begins Wednesday, April 17; ticket distribution for the public (two per person) begins Friday, April 19. Some remaining tickets may be available at the door one hour prior to event start time.

This event is supported through the Dawn Clifton Tripp Literary Artists' Fund.