Winners of the Harvardwood Writers Competition & Most Staffable TV Writers

Harvardwood has announced its Writers Competition winners and Most Staffable TV Writers List. This year, every category is led by a writer from an under-represented group. Although the winners are chosen via a blind judging process, Harvardwood's writers programs and competition have always had a far more diverse population than any WGA statistics on TV writers’ rooms or feature projects.  “Harvardwood has strived to support new voices in the industry, and we are proud to see those efforts reflected in our competition winners,” says President Allison Kiessling. 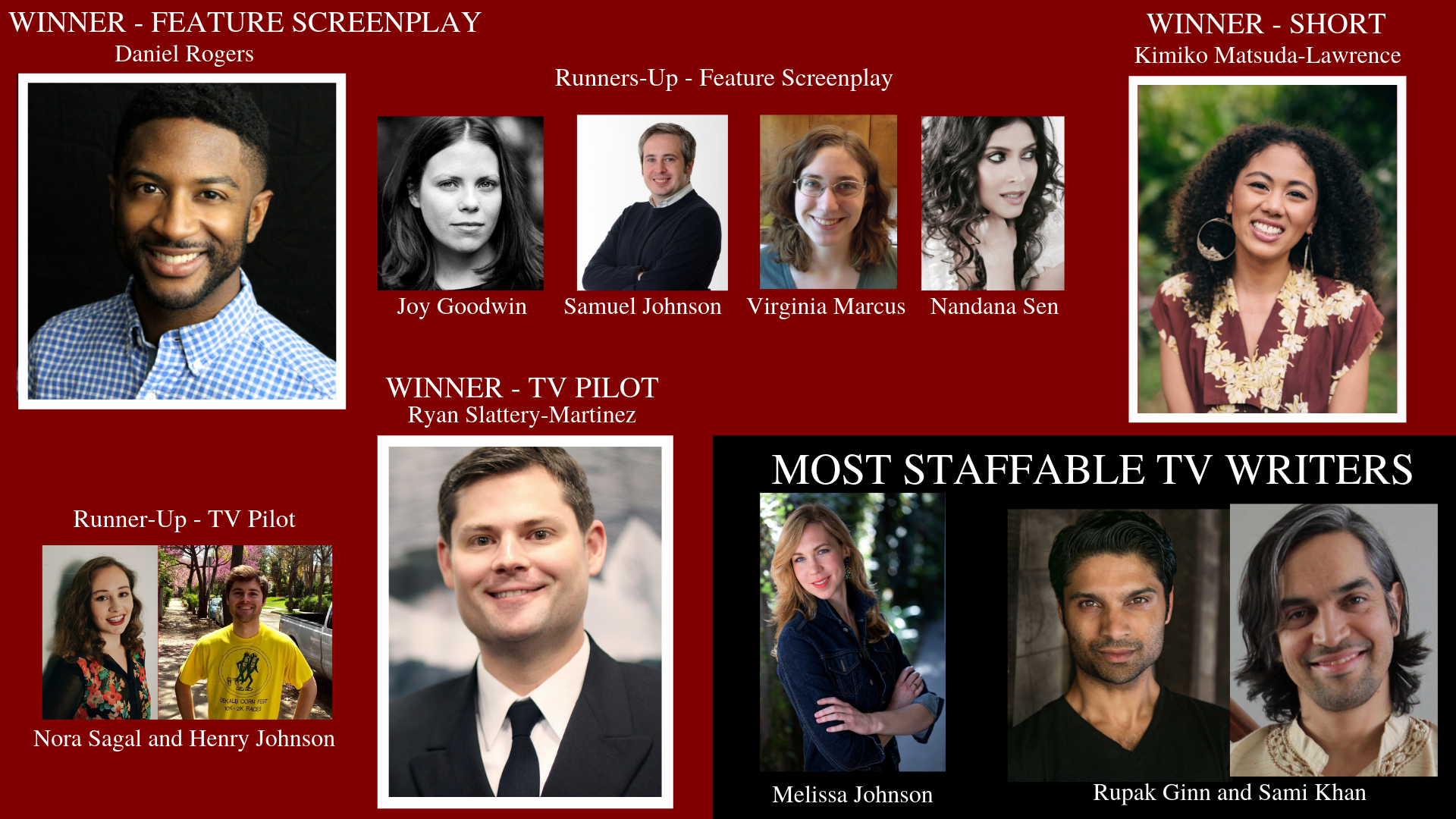 The writers will be mentored by leading TV and film professionals, read by top producers, and considered for representation at established agencies and management companies.

The winners of the Harvardwood Writers Competition in each category are:

Each of these talented writers was selected by a panel of industry professionals. Each writer will receive a one-on-one mentorship, and Competition winners will also receive a cash prize.

"Harvardwood thanks our outstanding mentors and panel of industry judges for their time and effort in helping develop new voices and diverse perspectives in film and television," says Harvardwood founder Mia Riverton. "We are thrilled by the high quality of work that continues to emerge from this program."