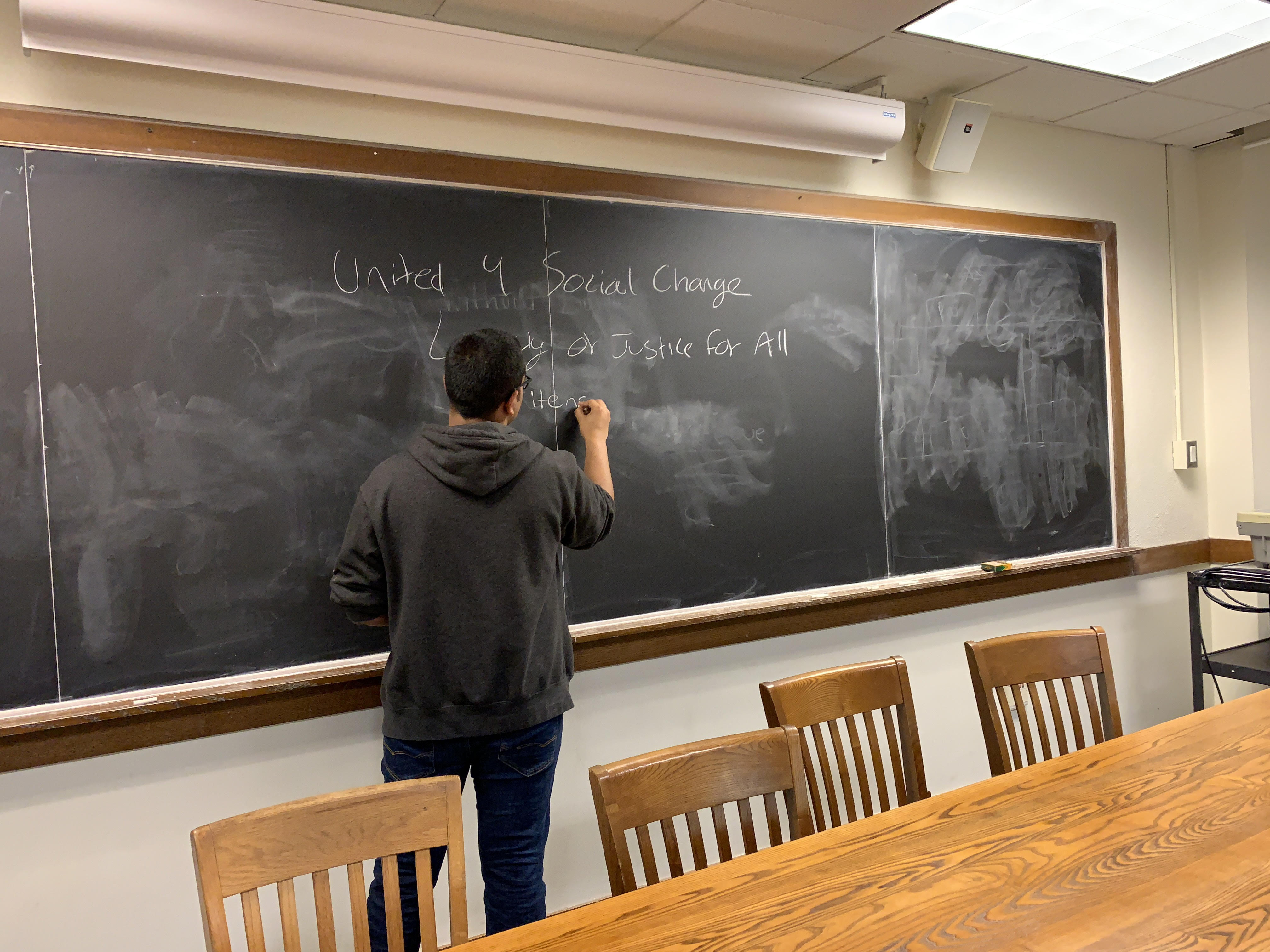 We included discussions on social advocacy, social issues, and justice throughout the workshop. We talked about the content in the context of how social change happens, how people can be motivated and persuaded to think and act for justice, and what exactly one person’s role within change was. None of this had any partisan connections. We let students choose whatever aspect of social change they felt strongly about.

We also held workshops on justice, political philosophy, and cognitive biases. We taught students explicitly how to reason about issues of civic importance. The discussions were largely centered on getting students to critically engage with the topics rather than trying to teach any particular concept or viewpoint. These workshops helped students master the steps to persuasive communication and effective leadership as they prepare to serve their communities and the world.

We hosted social change workshops for participants from elementary school to college students through the Heroes grant, reaching ethnically and socioeconomically diverse communities. In total, we conducted about 30 workshops this year at the Democracy Center, Yale, MIT, Northeastern, Harvard Crimson Summer Academy, Delhi (India), Educational Divide Reform, and The Academy at Harvard Square. At the Democracy Center, we hosted two workshops through their generous offering of low-cost space. At Yale, MIT, and Northeastern, we worked with programs already in place to include our class offerings during their programs for middle and high school students. Through the EDR program, we offered programs to North Korean refugees and low-income South Korean students who were visiting the United States. Through the Academy at Harvard Square, we were able to offer programs to various students as young as elementary school and as old as college students on public speaking and argumentation. We also hosted a few workshops in India in June. We led discussions at the Harvard Crimson Summer Academy twice in partnership with ThinkerAnaltyix.

All of these workshops provided a lot of opportunity to refine and revise our offerings as we worked with students of all ages and classes of all sizes (7-175). We are slated to present at a middle school in December, and hope to do more workshops in conjunction with teachers who are already teaching. We also hope to continue hosting hosting independent workshops across the United States and India, and increase our offerings of topics and skills covered at them. We hope to have conducted over 50 workshops by the end of 2019.

We were able to use the grant to help fund any space we had to rent and to provide students with printouts, and snacks. We also were partially able to purchase mini whiteboards that each students can use to write their answer and show it to us, which will stay with us for a long time, thanks to the Harvardwood Heroes grant. 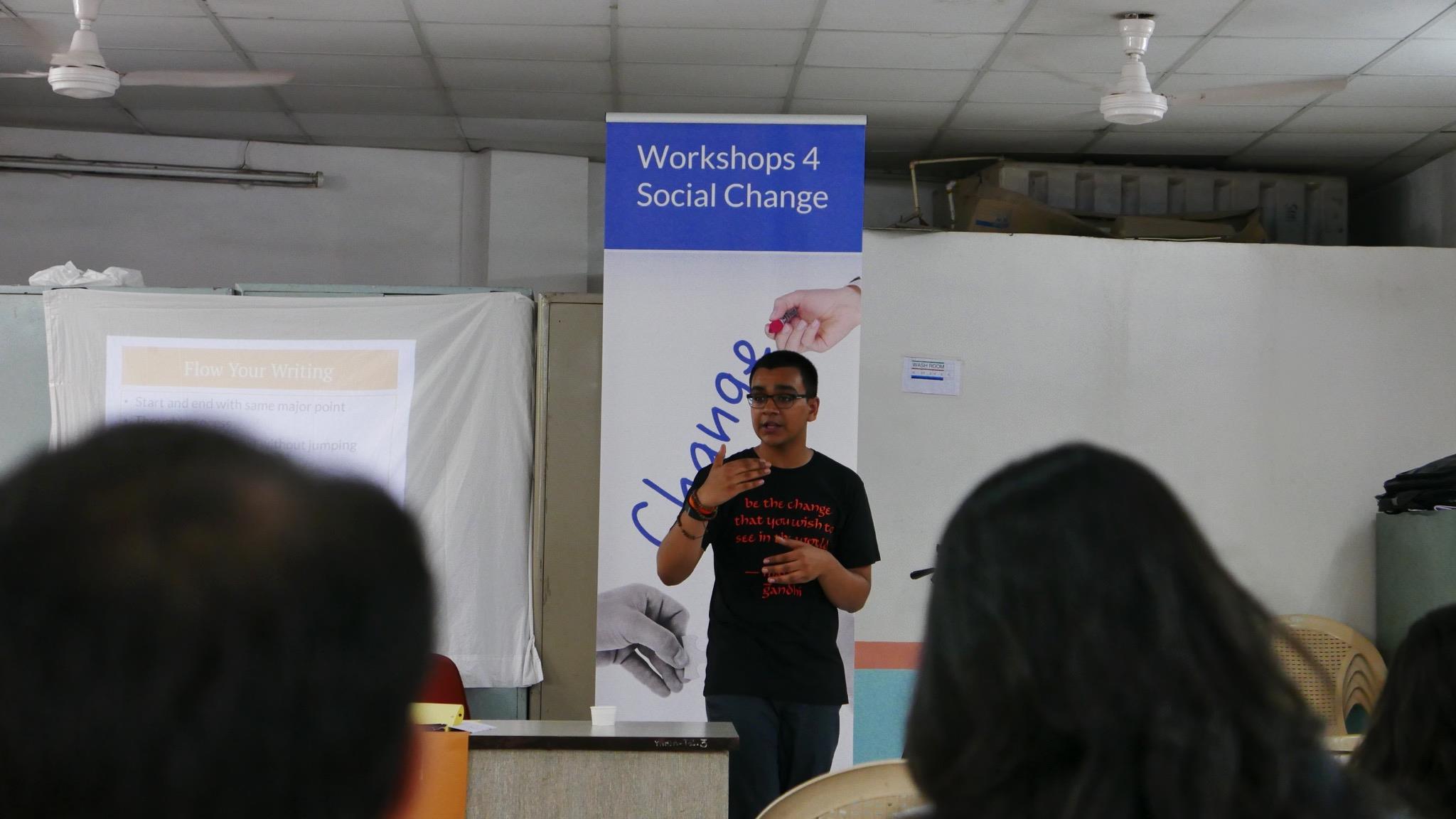 Priten is a recent graduate of the Harvard College Class of 2019. In addition to concentrating in Philosopy, he earned a secondary concentration in South Asian Studies and a language citation in Sanskrit. Priten is mainly interested in political and moral philosophy, with a special focus on issues concerning gender and children. He is also interested in moral and political thought in pre-modern India and the ethics of scholarship on oppression. When he's not reading, thinking, or writing about philosophy, he's usually teaching it! Priten founded and runs United 4 Social Change, a platform for a global community that works to spur social change by training young activists, and aims to encourage people to think critically about arguments concerning social issues.