We got the update from 2016 Harvardwood Hero Raz Mason MDV '09, who works in a high-poverty, high-trauma middle school with about 620 students and proposed a class called "MindUP & Movies". The course educates students on neuroscience, research-based mindfulness, and positive character traits – especially using the mechanism of mainstream movies, working through the positive character trait (PCT) curriculum developed by TrueSpark.org.

"I used [half the grant] to buy DVDs and paid a man who is a new videographer and former mindfulness colleague $100 to produce a handful of short mindfulness videos that I showed in class.... Jared Smyser is a former Marine who learned the value of mindfulness post-deployment to Iraq. 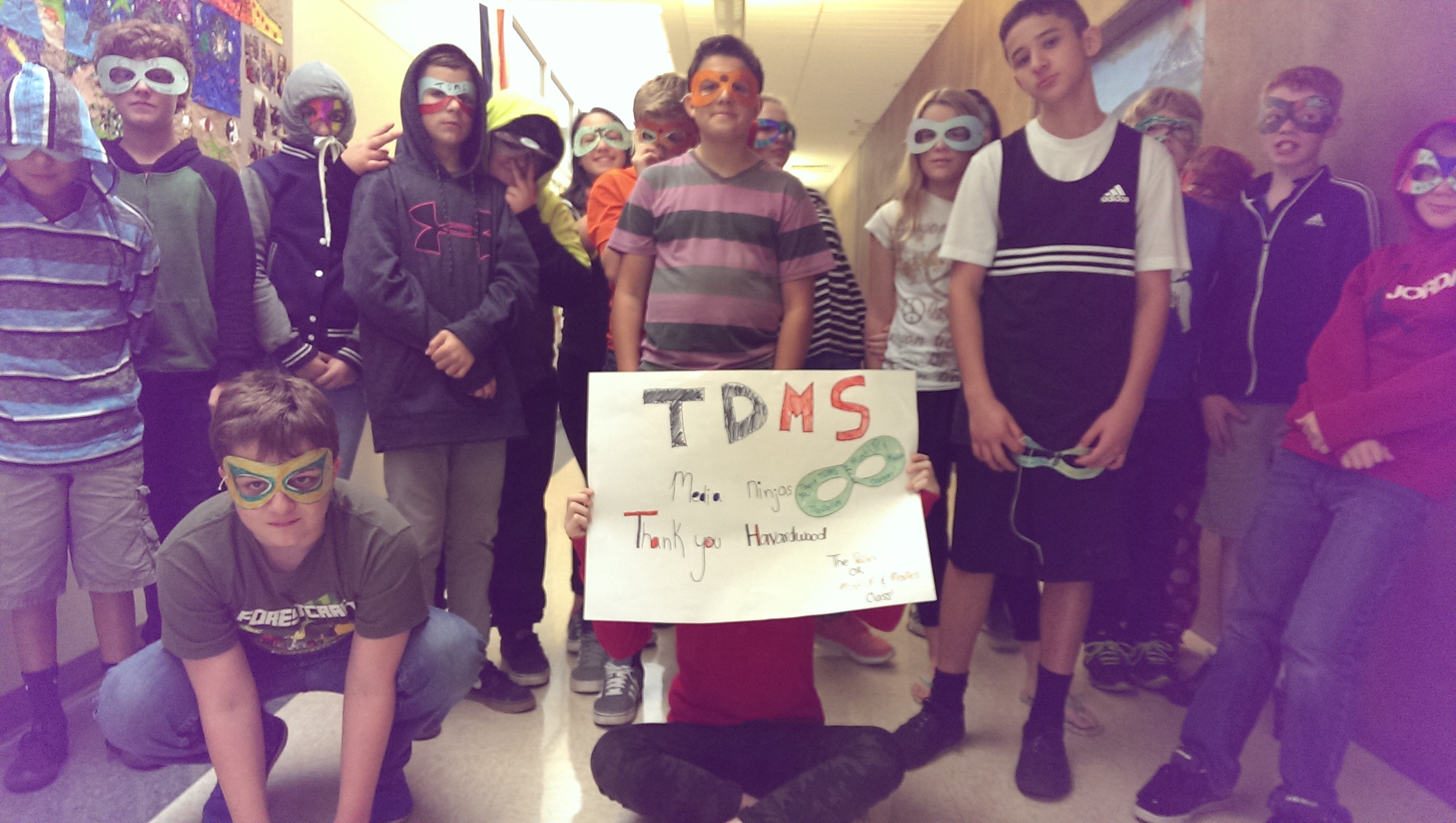 "I am in the process of reaching out to other colleagues in nearby schools and offering to purchase the MindUP materials for them.... I am thinking about using any last bit of the money to help with a week-long summer school I am trying to get off the ground this year (though that may be pushing it). The intended audience is middle schoolers who are adventuresome, curious, kinesthetic learners drawn to leadership and service, who do not thrive in the standard classroom setting. In other words - many of the kids who are discipline problems! I have a group of 20 or so students in mind and hope to get 6-12 with parents eager for them to attend. The program each day will include some computer-assisted core academics (high standards!); a hands-on service learning project such as community gardening with master gardeners, pulling out invasive weed species at a nature preserve, walking shelter dogs, learning how to repair the fleet of school bicycles, and/or building tiny libraries with the county library; and a mindfulness/reflection piece that emphasizes positive character traits and personal responsibility."